The reason why crickets have ears on their feet

The female cricket has no vocal organs and is mute. Male crickets make a “beep” call by the friction of their wings. One of the important functions is to attract female crickets. Obviously, crickets rely on hearing the messages from their companions. Crickets have “ears” with sensitive hearing. The strange thing is that their “ears” are not on the head, but in the gap between the lower legs of a pair of forefoot. Because crickets’ auditory organs are located in a special position, they respond differently to sounds coming from different directions. If the sound is from the left or right, the cricket sounds the clearest; if the sound is from the front or back, it sounds blurry. What are the benefits of crickets’ “ears” on the feet? It turns out that crickets can use them as “sound direction finder”. When the crickets hear the sound, they turn their body slightly to determine where the sound comes from.

Most crickets are small and medium, and a few are large. The body length of Gryllidae species is greater than 3mm; the body color varies greatly, mostly from yellowish-brown to black-brown, or green, yellow, etc.; less uniform body color, most of which are variegated. The body does not have scales. The mouth type is lower mouth or front mouth. The antennae are filamentous, much longer than the body length; the antennae pedicles are mostly round shield-shaped, narrower than or equal to the frontal process; a few groups are long shield-shaped, larger, and wider than the frontal process. The compound eyes are relatively large, generally 1/4 to 1/2 the length of the head; there are usually 3 monoculars, arranged in an inverted triangle or line; the middle monocular is located on the dorsal side of the head, on the face or the top of the forehead. Yellowish brown to dark brown.

The head is round, the chest is wide, and the antennae are slender. Chewing mouthparts. Some have well-developed jaws, which are stronger than biting.

There are 3 pairs of tarsus in each foot, the forefoot and midfoot are similar and the same length; the hindfoot is well-developed and jumps frequently; the hearing organ on the tibia of the forefoot is larger on the outside than the inside.

The ovipositor is exposed, needle-like or spear-shaped, and consists of 2 pairs of tube flaps. Both male and female ventral ends have 1 pair of tail hair. There is a pair of short rod-shaped abdominal spines on the male ventral end. Females are larger, with needle-shaped or spear-shaped oviposit tubes exposed and small wings. There is a sound device on the forewing of the male insect, which is composed of scrapers on the wing veins, friction veins and a sounding mirror. The forewings are lifted and rubbed left and right to vibrate the pronunciation mirror and produce a tone.

The body color is mostly dark brown, and the body is mostly barrel-shaped, with thick hind legs, and filamentous tentacles that are longer than the body. There are two long tail filaments at the end of the abdomen. If it is a female, there is also a spawning tube longer than the tail filament. There is another way to distinguish between male and female. The male with obvious concave and convex wings is the male, and the female with straight wing patterns of. The most special thing is that his earpiece is on the forefoot.

The habits of crickets

1. Crickets like to live in burrows, often living on the ground, under masonry, in soil caves, and among grass. Rest during the day and go out at night. It is an omnivorous animal, and all kinds of crops, saplings, vegetables and fruits can become its food. In agriculture, people regard crickets as pests.

2. Crickets are withdrawn by nature. They usually live independently and are never allowed to live with other crickets. Only during the breeding and mating period, the male cricket will live with another female cricket. Otherwise they are incompatible with each other. If they meet together, they will fight without hesitation. Therefore, there are folk activities of cricket fighting.

3. The breeding and mating of crickets is not done by “love” each other. It is the fierce struggle between male crickets that the winner can have a spouse. In the world of cricket, there is also a “polygamy” system. However, due to the survival of the fittest, most of the offspring of crickets are very healthy.

4. The tweet of crickets is not unfamiliar to humans. But only male crickets can make loud calls, and female crickets have no vocal ability. Male crickets make sounds of different lengths by shaking their wings to represent what they want to express.

5. At the end of September each year, female crickets insert their eggs into the ground and lay their eggs in the ground, about 0.5cm deep from the ground. In May and June of the second year, the eggs begin to hatch. After hatching, the first instar larvae will molt into the second instar larva in a few days. Every time a cricket sheds its skin, it grows. Usually in late August, the last time it molts and emerges into adults. You can start tweeting 23 days after emergence.

The growth and reproduction of crickets

The reproduction of crickets is not completely abnormal.

There is an oviposition tube at the end of the cricket’s abdomen, which is inserted into the soil when laying eggs. Common crickets (such as Beijing oil gourd) occur one generation per year, and overwinter with eggs in the soil. Eggs lay per unit, laid in the soil on the edge of ridges, cemeteries, and haystacks with many weeds and sunny.

Overwintering eggs are laid in October and hatch as nymphs from April to May of the following year. The big peanut crickets live in Guangxi every year, and the nymphs overwinter in the soil caves. They are unearthed from March to April of the following year and harm the seedlings of peanuts. The newly hatched nymphs live in groups and go out for food a few days later, burrowing separately. Emerged into adults in early June and continued to damage.

The nymphs shed their skins 6 times (that is, 6 instars), each time is 3 to 4 days, and it takes 20 to 25 days to emerge as adults. Adults live for 141 to 151 days. Adults and nymphs live in burrows as deep as 0.6 meters or even deeper. The newly built cave is very simple, with only one escape hole. Before laying eggs, build 3 to 5 branch holes for laying eggs, and search for peanut tender stems, leaves and seeds, and transport them back to the holes for storage to feed newly hatched nymphs. 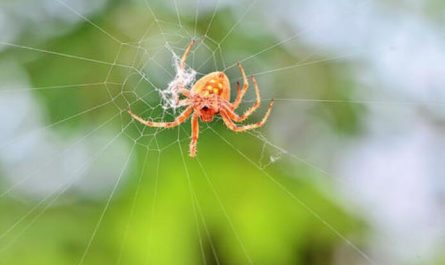 Why can spiders weave webs? 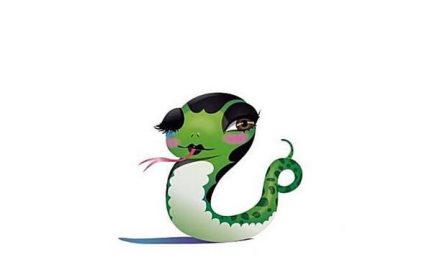