And this data has reached three times the number of manatees in the United States during the same period each year in the past five years, which is very scary. Is this inherently “vulnerable” American manatee really going to be completely extinct? What caused it? Let’s take a look at the situation and what caused the “death wave” of the American manatee in 2021.

The American manatee, also known as the West Indian manatee and the Caribbean manatee, belongs to a larger group of species. The most distinctive feature of this creature is its body surface color, which ranges from gray to brown. The average body length of the manatee is 3 meters and its weight is 454 kg. However, in the American manatee population, there are two subspecies. One of them is the Florida manatee (Trichechus manatus latirostris) located on the southeastern coast of the United States. Therefore, the Florida manatee is a special species, and only in the United States. .

There is also the manatee located in the Greater Antilles (Greater Antilles), the Gulf of Mexico (Gulf of Mexico) and other places. Of course, the manatee species in the “American manatee” in crisis this time is the species of Florida manatee. This manatee mainly survives between seawater and freshwater, so it belongs to the species of two ecological regions and mainly inhabits rivers and estuaries. The creature has relatively few natural enemies, and the main reason for the decrease is due to illegal hunting by humans.

First, it may be that the impact of human activities has increased, because most American manatees like to move in warm water areas and often appear in shallow waters. The habitat of manatees is now occupied by large-scale ships. There was a mass death, and when they surfaced, they were easily hit by ships.

Second, the environment of the manatee habitat has changed. Part of the reason may be that the seaweed eaten by the manatee is reduced. The use of chemical fertilizers and excessive sewage caused the algae to multiply, making the seaweed unable to grow. Gradually starved to death. The Florida Fish and Wildlife Conservation Commission found that many Florida manatees are malnourished last month, so food may be causing the death of American manatees.

Third, there has been a large-scale leak of “chemical products” pollutants in Florida, and everyone should have seen it some time ago. my country’s Jilin-1 satellite captured the leak of pollutants in Florida, and the area also announced its entry. The state of emergency, so experts believe that Florida sent thousands of gallons of sewage into Tampa Bay, exacerbating the massive deaths of manatees.

These are the three reasons. Which one is the impact? The “death wave” of the American manatee will erupt in 2021, and the United States has to wait for specific analysis. Therefore, if the protection of the Florida manatee is not carried out, it will definitely accelerate the species. Is extinct.

The most important thing now is to find the cause of the large-scale manatee death in the United States, and solve it fundamentally. Once the American manatee dies, this will be a “great change” in the American biological population, and it will also affect the manatee biological chain. Because of the tremendous changes in China, the United States is still facing the possibility of regional biological extinction. Many people say that in 2021, there will be a “death wave” in the US manatee. Is there any sign?

If there are any signs, it must be a crisis in the ecosystem. Now what we need to worry about is problems in the biological chain or regional biological extinction. If today’s “vulnerable” manatees continue to die on a large scale, they will eventually completely disappear the unique manatee populations on the coast of Florida. This manatee is now a subspecies of the American manatee, and only Florida has it. Biological extinction may really be taking place. 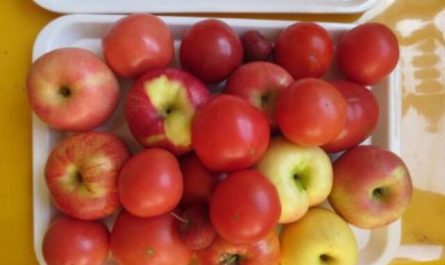