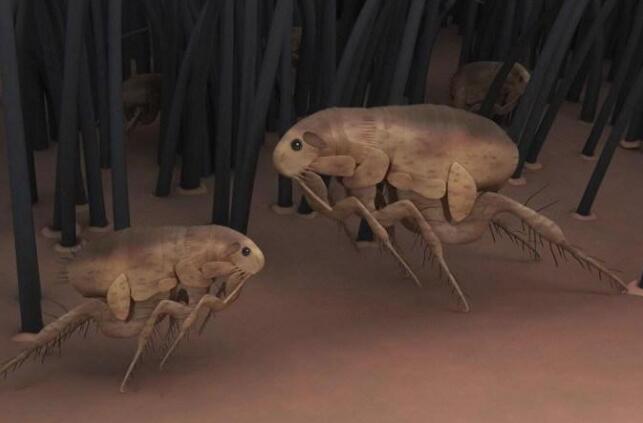 Fleas are a class of highly specialized insects in the class Insecta. Adults have no wings, small bodies and flat sides. Fleas are an ectoparasitic insect in the order Siphonaptera. They feed on the blood of mammals (including humans) and birds. They are usually only 1 to 3 mm long.

In the era when huge dinosaurs lived, did fleas also grow big?

Chinese paleontologists discovered some giant flea fossils from the Middle Jurassic in Ningcheng, Inner Mongolia (about 165 million years ago) and the Early Cretaceous in Beipiao, Liaoning (about 125 million years ago), with a body length of about 1.5 cm and some species It can even exceed 2 cm, and is the earliest fleas found so far. These Mesozoic fleas are as wingless as current fleas, and females are usually larger than males. However, their body shape is not flat on the side, but closer to flat dorsal and abdomen; short antennae, but with more nodes (16-19 nodes, the existing species is 11 nodes); they have a very long piercing and suction mouthpart; The feet are very long, with a variety of comb-shaped bristles, but the hind feet are not jumpy like the living species, and the claws are very long; the chest and abdomen have a lot of backward bristles.

Giant fleas have comb-shaped bristles on their feet and dense backward bristles on the body surface, indicating that they are suitable for parasitism on the body surface of hairy vertebrates. Mammals and furry dinosaurs of the same age as these giant fleas may be hosts. If the host is a mammal, the giant fleas may mainly hide in the host’s nest and suck blood at the right time, because mammals at that time are very small, and it is difficult for a fleas of this size to hide on its body surface. If the host is a long-haired dinosaur, fleas may be parasitic on its body surface. The long, sharp and file-like mouthparts of giant fleas can penetrate the tougher skin of these dinosaurs.

Tyrannosaurus rex has been shown to be close relatives to birds and is likely to have a higher metabolic rate. It is estimated that they need about 90 kilograms of food a day to survive, which is heavier than an average adult! Where does so much meat come from? Obviously picking up rotten meat may be easier to satisfy your appetite than hunting, and save energy.

Therefore, many paleontologists believe that Tyrannosaurus is a pure scavenger. At the same time, through statistical analysis of the body structure of the scavenger group and hunting group in modern mammals, and then adding Tyrannosaurus rex to the statistical data, it can be clearly found that the hunting ability of Tyrannosaurus rex is at a disadvantage. The slender front paws cannot hold the prey while hunting to prevent it from breaking free; the fluctuating data of running speed also vaguely suggests that if you want to actively pursue it, Tyrannosaurus is still a bit “slow”. Therefore, some people believe that these physical shortcomings make it difficult for Tyrannosaurus to become an invincible predator, but can only be a scavenger.

However, no matter how reasonable the above-mentioned conjectures and statistical results are about scavenging, they are not as tangible as the evidence-the bite marks of Tyrannosaurus rex have been found on the fossils of Edmontonsaurus and Triceratops. Some people may question: the bite marks may be traces left by Tyrannosaurus rex gnawing on the corpses of these herbivorous dinosaurs, but it does not mean that they are predatory animals.

But the special thing about these bite marks is that there are signs of bone healing and growth again after being injured. This shows that the bite of the Tyrannosaurus rex is a live Edmonton and Triceratops. Continue to survive!

Dinosaur fans can breathe a sigh of relief, after all, carnivorous dragons chasing prey are much more interesting than giant lizards that eat garbage. However, there is a fact that cannot be ignored: In order to obtain enough food or to survive under extreme conditions, large carnivores will hunt and eat carrion. Spotted hyenas (also known as “spotted coyotes”) have long been regarded as scavengers. Many of their food comes from live food. In African lion recipes, 10% of the food is carrion, so Tyrannosaurus rex is very likely This kind of survival strategy is also adopted.

What is the menu of Tyrannosaurus Rex?

They are cumbersome and large with forelimbs to assist in walking, enough for large carnivorous dinosaurs to eat a few meals. Although the body length of the famous triceratops is slightly smaller than that of the Tyrannosaurus, its weight is much larger than that of the Tyrannosaurus. Earlier it was thought that their huge neck shield and sharp horns were used for self-defense, but recent studies have also suggested that these are used for courtship and show off. So they are probably not the opponents of Tyrannosaurus.

In addition to the evidence of bite marks, paleontologists have also found a large number of fecal fossils in Saskatchewan, Canada. Because of the huge clumps of fecal fossils, it is speculated that it is probably the excrement of Tyrannosaurus rex. The bone fragments contained therein are very large. May belong to the skull of a Triceratops. The two giant herbivores, Edmonton dragon and Triceratops, seem to be the main dishes on the menu of the giant meat-eating machine like Tyrannosaurus. 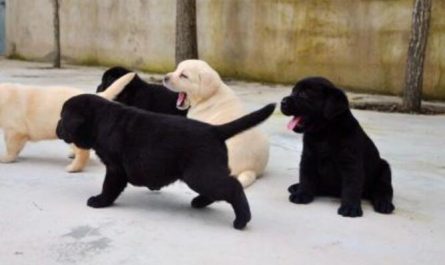 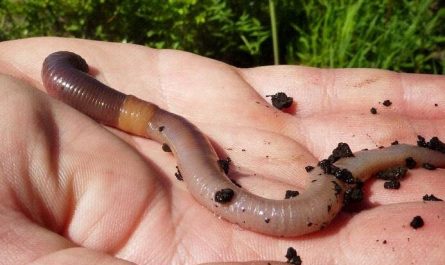 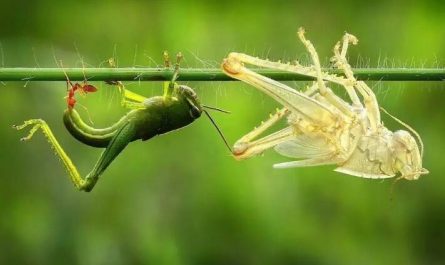