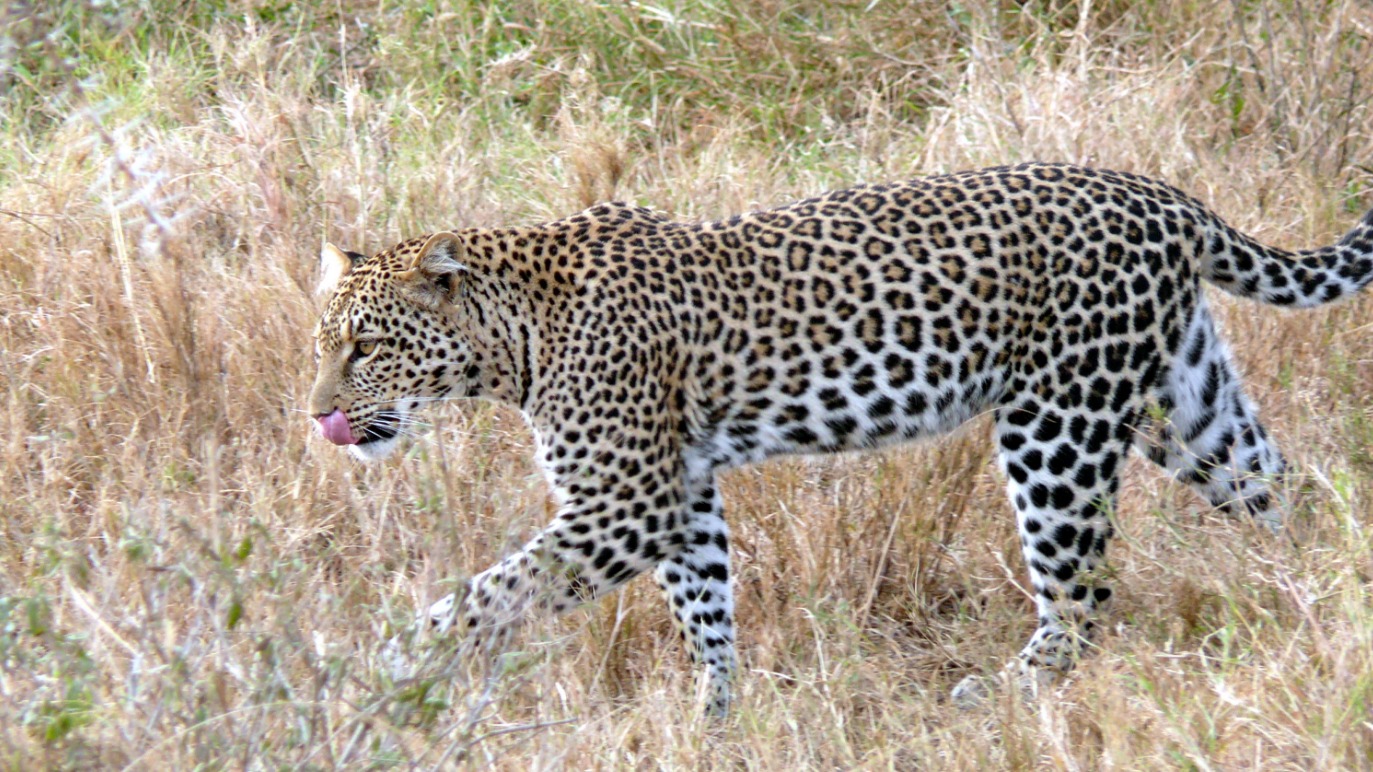 Leopard, a large cat that is widely distributed on two continents in Asia and Africa. In the 1990s, molecular genetics researchers tested the mitochondrial genes of leopards from various places, and divided the leopards into 9 subspecies: 1 in Africa—African Leopard, 8 in Asia—Persian Leopard, Arabian Leopard, Cheetah, Ceylon Leopard, Java Leopard, Indochinese Leopard, North China Leopard, Far Eastern Leopard. Based on both molecular and fossil evidence, scholars believe that the leopard originated in Africa and then spread to Asia.

However, mitochondrial genes can only represent the maternal lineage of the leopard, and ignore the equally important paternal lineage, so it may not be reliable. In 2021, several experts from the University of Potsdam in Germany sequenced the whole genome of leopards from 26 places in the world, and obtained more accurate results. This result prompted us to re-examine the origin, evolution and subspecies classification of leopards.

Leopard or should be split into two

According to the results of whole-genome sequencing, modern leopards are clearly divided into two branches-African leopards and Asian leopards. The two have diverged between 500,000 and 600,000 years ago, and there has been no large-scale hybridization after the divergence.

The differentiation time of 500,000 to 600,000 years is a bit too long for a single species. Polar bears and brown bears have only been separated for about 400,000 years and are recognized as two species. The modern lion and the maneless lion (a cave lion) have been separated for about 480,000 years. The relationship between the Asian leopard and the African leopard is actually even more distant than the modern lion and the maneless lion. Therefore, it is very likely that the leopard will be split into two species, the African leopard and the Asian leopard.

The genetic structure of two leopards

Comparison of genetic diversity between leopard and other cats

The Asian leopard is just the opposite. Its genetic structure is characterized by low diversity, high differentiation, and obvious isolation and differentiation among various groups. There are several reasons for this difference:

① The leopard originated in Africa. The Asian leopard is the descendant of a small number of individuals who migrated from Africa, and its initial genetic diversity is relatively low.

②The environment of the African continent is relatively integrated, and leopards can adapt to a variety of habitats such as forests and grasslands. Leopards across Africa can freely carry out gene exchanges, so that high levels of genetic diversity can always be maintained, and at the same time reduce the number of populations. The degree of differentiation. The opposite is true in Asia. There are some geographic barriers between regions (for example, there is the Himalayas between East Asia and South Asia). The various groups evolve separately, so the degree of differentiation is relatively high. At the same time, the diversity of the various groups is relatively high. low.

Although the research supports that the leopard is divided into two distinct branches, Africa and Asia, it also found two more special populations-the Persian leopard (Anatolian leopard) and the Barbary leopard.

The proportion of leopards in different places

Scholars have discovered that although African leopards and Asian leopards have not had large-scale hybridization since they diverged from 500,000 to 600,000 years ago, small-scale infiltrations have occurred in the last 100,000 years. The Persian leopard genome contains a small amount of African leopard components. Traces of secondary penetration.

Revisiting the subspecies of leopard

The new gene sequencing results are released, and it is still extremely accurate whole-genome sequencing, but the academic community did not immediately revise the leopard subspecies. The main reason is that there is still a missing link in this research-the Arabian leopard. Based on this research, I will first review the recognized subspecies in the past based on my molecular and taxonomic knowledge, for your reference only.

The Barbary leopard is more special. It has been separated from other African leopards very early, and the degree of differentiation is still relatively high (37%), indicating that the degree of heterozygousness between the Barbary leopard and other African leopards is not very high. This may It is related to the expansion of the Sahara Desert 50,000 to 70,000 years ago.

For African leopards, either maintain a single subspecies classification, or separate another Barbary leopard.

The degree of differentiation between the South Asian leopard and the East Asian subspecies is relatively high (52%), and I personally believe that its subspecies status should be recognized.

Mitochondrial results divided East Asia into 4 subspecies: Java, Indochina, North China and Far East. The genomic results also support these differentiations, but except for the Javanese leopard, the three mainland subspecies either have too low differentiation or the differentiation time is too short, and their subspecies status may not be recognized.

Foreign academic circles have always called for the cancellation of the North China Leopard, because there was no geographical separation between it and the Far Eastern Leopard in history. The results of “gene trees” constructed using different genes are different. Some “gene trees” show that the North China leopard is closer to the Far East leopard, while others show that it is closer to the Indochinese leopard, which also implies these three subspecies. It is the mutation of the gradient group, and the boundaries between each other are difficult to accurately delineate.

In summary, the 4 leopards in East Asia are either all merged, or the 3 leopards on the mainland are merged and the Java subspecies is retained.

The origin and spread of the leopard: out of Africa

According to this genome sequencing and previous research, the origin and evolution of leopards have 4 important time points:

Node 1: In Africa more than 2 million years ago, the leopard parted ways with its closest relative, the lion.

Node 2: No earlier than 800,000 years ago, the latest common ancestor of modern leopards appeared in East Africa or Northwest Africa, and then spread to all parts of Africa.

? Node 3: 500,000 to 600,000 years ago, taking advantage of the decline in sea level during the ice age, a group of African leopards (possibly from Northwest Africa) entered Asia on the Asian-African land bridge, and spread to various parts of Asia and Europe in the following hundreds of thousands of years.

Node 4: 50,000 to 70,000 years ago, when the last ice age came, with the expansion of the Sahara Desert, the Barbary leopard gradually separated from other African leopards. At the same time, the Asian-African land bridge expanded again, and a small number of male African leopards (probably Barbary leopards) invaded West Asia and hybridized with local leopards. This expansion is in conjunction with modern people and modern lions, but on a much smaller scale, it is far less successful than humans and lions.

In terms of the ability to cross the forest, the leopard is indeed far better than the lion. Lions cannot adapt to forests. The tropical rainforests of Central and West Africa have always been the biggest barriers for lion migration, which has also led to the division of modern lions into two branches, the north and the south. For leopards, the rainforest is not a problem at all. The leopards inside and outside the rainforest and on both sides are a subspecies.

Cheetah, widely distributed in the forests and grasslands of the South Asian subcontinent

But in terms of ability to migrate across continents, leopards are inferior to lions. Both the lion and the leopard originated in Africa. The lion has left Africa on a large scale at least three times in the history of evolution:

The first time was about 900,000 years ago, when primitive lions went out of Africa and entered Europe and Asia;

The second time was about 400,000 years ago, when the maneless lion came out of Africa. This time it not only occupied Europe and Asia, but also entered the New World and finally conquered the world.

The third time was about 30,000 years ago when the modern lion stepped out of Africa and entered West and South Asia, laying the foundation for the Asian lion today.

The leopard went out of Africa only once on a large scale (roughly corresponding to the second time for the lion), and it was far less effective than the lion. The leopard occupied the forests of South and East Asia, but failed to gain access to North Asia, and ultimately failed to enter North America.

The reason may be that leopards are not as capable of adapting to open ground as lions. Both lions and leopards can adapt to the grasslands, while lions and leopards in pure deserts can’t. But in some semi-desert areas, lions can adapt, but leopards cannot adapt. The Asian-African land bridge (now the Suez Canal-Red Sea area) was probably mainly a desert or semi-desert environment and was the home ground of lions. Therefore, the spread of lions between Asia and Africa is much easier than leopards. In the new generation, the open land is the mainstream of the land. Whoever controls the open land will control the world. 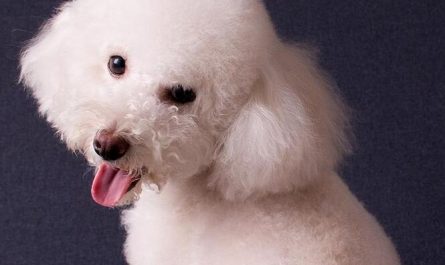 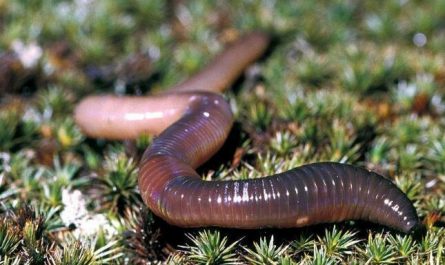 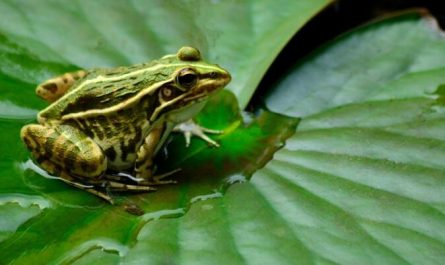