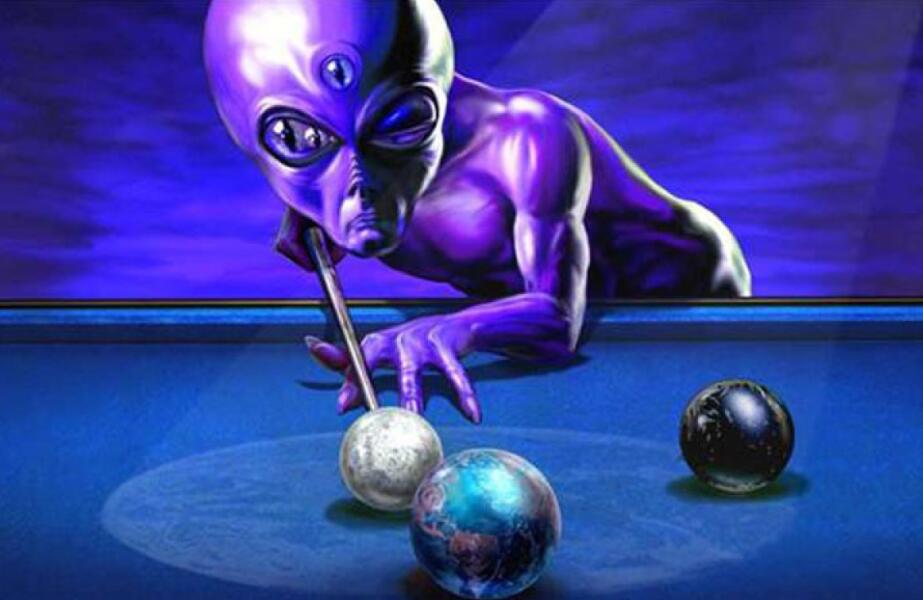 Mankind has searched for extraterrestrial civilization for many years without seeing a single hair. The Drake equation and Fermi’s paradox appeared in the last century, both of which are theories about finding aliens. More than half a century has passed. Have these theories worked? Let’s discuss it together and figure it out.

The level of scientific and technological civilization limits the ability of human beings to observe.

The basic common sense now is that life or civilization can only be born on planets. So far, humans have not found any life in the solar system, not even a single bacteria or cell, let alone civilization. However, it is not yet possible to deny the existence of low-level life within the solar system. Scientists believe that the most likely planets for life are Mars, Titan, and Europa. Even if life is actually discovered on these planets in the future, it is still very low-level, and civilization is impossible to exist.

Then the only way to look for extraterrestrial civilization is to turn outside the solar system. So far, more than 4,000 planets have been discovered outside the solar system. The nearest star, Proxima Centauri, has been found to be accompanied by planets, which is 4.2 light-years away. The farthest planet has been found to be 24722.65 light-years away. This is a planet of the red dwarf system close to the galactic center, named OGLE-2018-BLG-0677.

So far, no signs of life or civilization have been found on all planets. It is not certain that among the more than 4,000 planets discovered, there is no life or civilization. Because human observation methods are very limited, even the star Proxima Centauri can only see one bright spot at a distance of 4 light-years from us, and even the planets are invisible. The reason why we know that there is a planet is based on the phenomenon of obscuration of the planet’s viewing direction when it moves around the star, and based on its light cycle and gravitational perturbation “guess” and calculated it.

Almost all the more than 4,000 extrasolar planets were discovered in this way, and there are less than 10 planets that can see a light and shadow entity, so it is impossible to prove whether there is life on them. But it can almost be determined that there is no high-level civilization on it. Only when the level of civilization is able to change the state of stars can it be observed by humans.

The power of the radio waves also limits the observation distance.

But at least one thing is that humans can send radio waves to communicate with extraterrestrials. In 1974, mankind sent the first greeting telecommunications to extraterrestrial civilization through the “Arecibo” radio telescope. So far, this greeting radio wave has traveled for more than 40 years, which is more than 40 light years away. Haven’t received any response yet. If extraterrestrial civilizations have reached the level of humans thousands of years ago, their understanding of electromagnetic waves should be the same. The electromagnetic waves they emit should have reached the earth long ago, but humans have activated huge radio telescopes or ray telescopes to “listen” “For decades, it has not yet received a valuable signal.

Regarding the existence of extraterrestrial civilization, there have been conjectures or theoretical arguments in the scientific community for a long time. The more famous one is the Drake equation proposed by American astronomer Frank Drake in the 1960s. This is a formula that speculates that humans may come into contact with the extraterrestrial civilization of the Milky Way. There are two expressions, namely (quote):

The difference between Formula 2 and Formula 1 is that R* replaces Ng, and L replaces FL. R* is the average rate of the formation of stars in the Milky Way, and L is the lifespan of scientific and technological civilization.

If the Milky Way stars are in a stable state (consistent with modern observations), then R* is equal to the number of stars in the Milky Way (Ng) divided by the average star lifetime (Ls).

Although the Drake equation is simple, it cannot be solved. The most uncertain term in this equation is the “existence time of scientific and technological civilization (L)” because this term depends on the scientific and technological civilization itself, some of which are known terms. Since L is the largest uncertain term, in the “Cyclops Project”, the equation can be simplified to N=L.

From the explanation of the formula cited above, we can see that many of these indicators are uncertain, so it is difficult to calculate the accurate number of civilizations in the galaxy. Some scientists believe that the basic values ​​that can be determined are: the number of stars in the Milky Way (Ng) is about 200 to 400 billion; the proportion of stars with planets (Fp) is conservatively estimated to be 10%; the number of terrestrial planets in each planetary system (Ne) The conservative value is 10%.

But in the formula, Fl, Fi, and Fc are difficult to determine. Cornell University astronomer Carl Sagan who participated in the equation research once gave an optimistic estimate, namely Fl*Fi*Fc=1/300, which is N≈10^7*FL, so the size of N depends on the size of FL.

Therefore, the chance that civilizations can perceive each other is too small.

In fact, the existence of human science and technology civilization should exceed 1,000 years, so other civilizations may exist in the galaxy. Even if there is really only one civilization in a galaxy like the Milky Way, astronomical observations now believe that there are at least 1 trillion galaxies in the observable universe, so there will be as many as trillions of civilizations. This is the optimistic side.

But what is frustrating is that the probability of these civilizations being able to perceive each other is very small, and the chance of meeting each other is even smaller.

For example, a galaxy as large as the Milky Way has only one civilization. In small galaxies such as the Large and Small Magellanic Clouds near us, it is difficult to nurture or develop civilizations that can communicate with each other. The nearest large galaxy is the Andromeda Galaxy. It is 2.54 million light-years away from us. Not to mention the attenuation of communication signals, it will take 2.54 million years to reach each other even if they are transmitted to each other.

There was also a famous theory about extraterrestrial civilization in the last century, called the Fermi Paradox. This theory was put forward by the famous physicist and Nobel Prize winner Enrique Fermi in 1950. The simplest and most famous sentence of this paradox is “Since aliens exist, where are they?”

Specifically, the popular explanation of Fermi’s paradox has several views: 1. The universe has been formed for 13.8 billion years, and the earth should not be the only civilization. There are many planets in the universe that are much older than the earth, and the civilization there should be very Ancient, so even a very slow space flight, it only takes a few million years to reach us, why did we not find them? 2. Even if civilization is scarce and interstellar travel is difficult to encounter, then any civilization must expand and emigrate to an advanced stage. There must be activities of nearby stars or galaxies, and at least communications should be sent out. Why didn’t we find it?

This theory has been widely valued in the astronomy community. Scientists have been exploring this problem for decades. In 1975, the famous American scholar Mike Hart published the “Explanation on the Absence of Extraterrestrial Civilization on Earth”, which was the first time that Fermi Paradox is discussed as a serious concept, and four explanations (quotations) are given to the Fermi paradox:

Physicist Stephen Weber published “Where is Extraterrestrial Civilization?” in 2002. In the book, 50 solutions to Fermi’s paradox are listed, which can be roughly summarized into three aspects: 1. There is no other civilization in the universe except for the earth’s human civilization; perhaps an alien civilization has always existed, or once existed, But they can’t contact us; 3. Alien civilizations have been to the earth, they don’t want us to know, and we can’t know.

These answers seem to cover why we have not discovered extraterrestrial civilization so far.

There is also a view that gamma-ray bursts kill civilization in the cradle.

Some extreme celestial events in the universe, such as supernova explosions, neutron star collisions, black hole collisions, etc., will periodically or irregularly produce gamma-ray bursts with huge energy. These huge energies have killed more than 90% of life or civilization in the universe. Moreover, it is never possible for civilizations to rise to the advanced stage, so there is no opportunity for mutual perception between civilizations, let alone the opportunity to meet.

There is also a view that the diversity of the cosmic environment has created the diversity of civilizations. The organs and methods of perception and communication of various civilizations are likely to be completely different, which makes it more difficult to perceive each other. The so-called meeting, why knowing each other may also apply to other places. What about civilization.

Of course, all these are just conjectures. Human beings are still using all the most advanced scientific and technological means to tirelessly search for extraterrestrial civilizations, hoping to find our soulmates, so that humans will no longer be alone in this vast universe. Will human efforts be rewarded? In other words, will the higher civilizations outside the earth find humans? I don’t know, everything is possible. Maybe there will be new discoveries tomorrow, but we don’t know, we look forward to it.

Lead powder, urine, what did the ancient girls put on their faces for beauty? 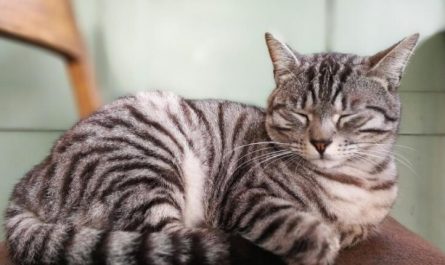 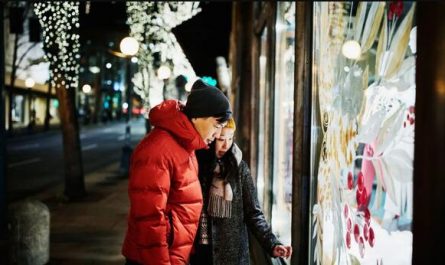