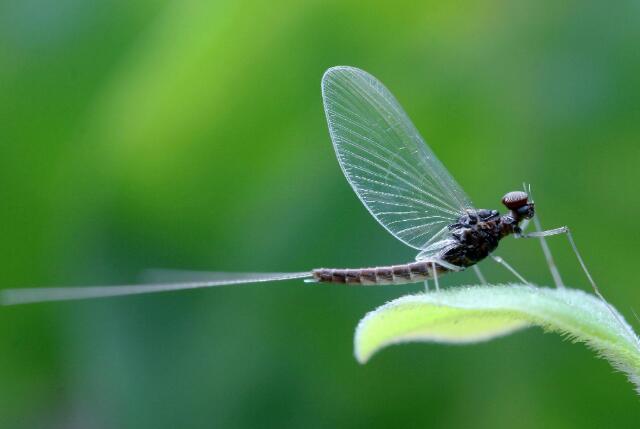 The reason why mayfly is the shortest-lived insect

Mayfly is a relatively ancient insect that has appeared more than 300 million years ago. There are about 2,000 mayfly species known in the world, and they are widely distributed.

Its body is weak and slender; its head is small and its compound eyes are large; its two pairs of wings are fragile and easy to fall off; its feet are thin, not used for walking, but only used for climbing at rest.

The juvenile (larvae) of the mayfly generally emerge as sub-adults after sunset. At this time, the body is similar to the adult, but it is covered in a translucent film all over the body, making it appear a little dull, with dim wings, inactive, and unable to mate .

It takes one last time to molt before it becomes an adult with transparent wings and brighter colors. This phenomenon is unique among insects. In the adult stage, they do not eat or drink, but mate and lay eggs, and die after laying eggs.

A large number of mayfly died by the lake after laying eggs, making the road slippery and unable to drive. After the eggs hatch in the water, they usually molt 20-24 times, with as many as 40 times. Mayfly larvae are delicious food for fish. The adult of the mayfly is short-lived, mainly because its mouth has degenerated and can no longer eat.

The morphological characteristics of mayfly

The mouthparts are chewing, because the adults do not feed and have no ability to chew. The upper jaw is degenerated and the lower jaw is also degenerated, often with mandibular whiskers. The chest is the largest in the middle, and both sub-adults and adults can fly in the air. Adults have thin and shiny body walls, often white and light yellow.

With one or two pairs of wings, the vibration frequency is very small during flight. The front and hind breasts are small and not conspicuous. There are two pairs of wings, triangular, fragile, and membranous. Most of the forewwings are large, the hind wings are small, and the hind wings are also degenerated. They stand on the back of the body when resting. Mayfly wing veins and wing joints are underdeveloped, the wing veins are the most primitive, there are many wing veins, multiple longitudinal and transverse veins, in a net shape. The surface of the wings is fan-shaped. Feet are thin and weak, only for climbing. There are 1 to 5 tarsus, with 1 pair of claws at the end.

There are 11 sections of the abdomen, and only a narrow ring-shaped dorsal plate remains in section 11. The rear edge of the male’s tenth segment has a pair of claws formed by the extension of the forefoot, 3 to 4 segments, and a small number of 1 segment, which is used to catch females in flight. There are two pairs of short and simple phalluses on the inside.

1 pair of female genital openings, opening on the ventral surface of the 7th and 8th abdominal segments. The ovaries are arranged in sections. The genital holes of both sexes are paired. There is a pair of segmented filamentous tail whiskers at the end of the abdomen, and the eleventh segment of the dorsal plate is often extended to form a middle tail filament. The tail whiskers and mid-tail filaments are long and slender, similar to those of Thysanus. 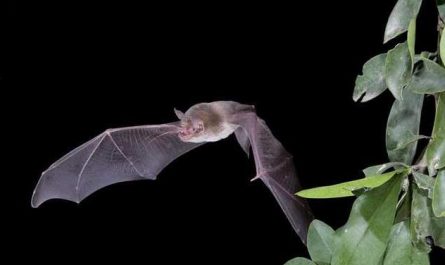 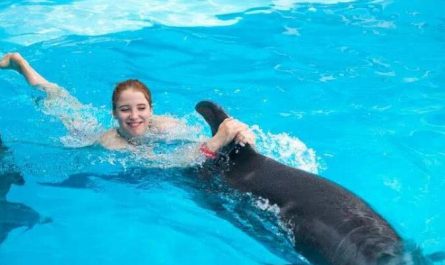 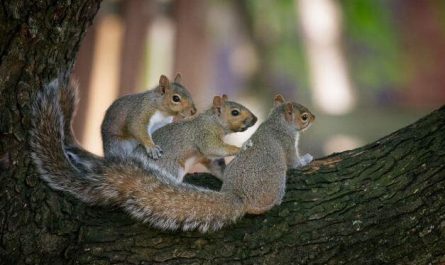